As part of the works to relocate Ormskirk Comrades War Memorial from its previous site to its current position within Coronation Park, we agreed to engrave the names from the existing printed Rolls of Honour - relating to the memorial - onto new stone plaques erected alongside the memorial. 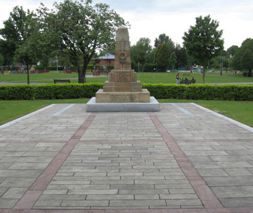 We understand that it is very important for communities to properly remember the fallen service men and women who gave their lives, and in doing so, we want to make sure that the existing Rolls of Honour associated with the war memorial are correct.

Our own research has highlighted a large number of potential errors on the existing Rolls of Honour, including spelling mistakes, which may have occurred when the rolls were originally drafted.

We are therefore asking for help by consulting with the wider community in order to correct any errors in both the transcribed 1914-18 and 1939-45 Rolls of Honour.

Copies of both Rolls of Honour are attached below for download.

It is important to stress that we are only seeking to confirm the names on the existing rolls, and that our approach will be to only correct errors that are collaborated by clear evidence.

Consultation on the accuracy of the Rolls of Honour will be available until Friday 8 January 2016. Any representation or comments received through the consultation exercise will be taken into account prior to the Council confirming the names to be incorporated on the stone plaques

Please send any comments or evidence on the names included on the Rolls of Honour in writing to Ian Bond, Heritage and Environment Manager, West Lancashire Borough Council, 52 Derby Street, Ormskirk L39 2DF, or email ian.bond@westlancs.gov.uk

Information for where you live